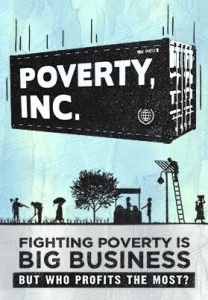 Synopsis: The West has positioned itself as the protagonist of the development narrative. But the results have been mixed, in some cases even catastrophic, and developing world leaders have become increasingly vocal in calling for change. Drawing on perspectives gathered from over 150 interviews shot over 4 years in 20 countries, Poverty, Inc. explores the hidden side of doing good. From disaster relief to TOMs Shoes, from adoptions to agricultural subsidies, Poverty, Inc. follows the butterfly effect of our most well-intentioned efforts and pulls back the curtain on the poverty industrial complex – the multi-billion dollar market of NGOs, multilateral agencies, and for-profit aid contractors. Are we catalyzing development or are we propagating a system in which the poor stay poor while the rich get hipper?

Biography: Michael Matheson Miller is a Research Fellow at the Acton Institute and the Director and Producer of “Poverty, Inc.” Previously Michael was the Director of Media and Director of Programs International at the Acton Institute and has appeared in various video curricula including “Doing the Right Thing”. Before coming to Acton he taught philosophy and political science at Ave Maria College in Nicaragua and was the chair of the philosophy and theology department. Michael holds graduate degrees in philosophy, international development, and international business.Michael speaks extensively on themes of international development, entrepreneurship, political economy, and moral philosophy. He has been featured on FOX Business, CNBC, and numerous radio shows. He has been published in The New York Post, The Washington Times, The LA Daily News, The Detroit News, and Real Clear Politics Connect at www.michaelmathesonmiller.com

The Best Documentary Prizes and Distinctions, I Will Tell International Film Festival, London

Winner of the Templeton Award