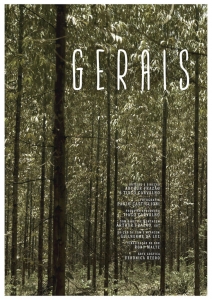 Synopsis: In the backlands of Brazilian state of Minas Gerais, a community clings to its traditions in order to defend their way of life and their territory.

Biography: Tiago Carvalho and Arthur Frazão have been both editing, screenwriting, producing and directing documentaries related to the stories of traditional communities in Brazilian backlands and their strugle to keep their territory safe from agribusiness hunger for land and make sure their culture stay alive.